Sudden Amusements is a duo I am in with trumpet and electronics player, Chris Dowding. My role is live processing of Chris’ trumpet, objects and field recordings.

The project started in response to being asked to contribute a piece for a release in tribute to linguist, philosopher and thinker, Noam Chomsky. The record 'Music For Noam' was released earlier this year. Our piece ‘First Nature’ is an edit of a 45 minute live recording.

We continued to improvise over the period of two years which resulted in the EP 'Matter Not Matter'.

As well as trumpet, objects and field recording I also used a tape recorder with a previously recorded collage of Chomsky oration which was then processed in my Supercollider system. 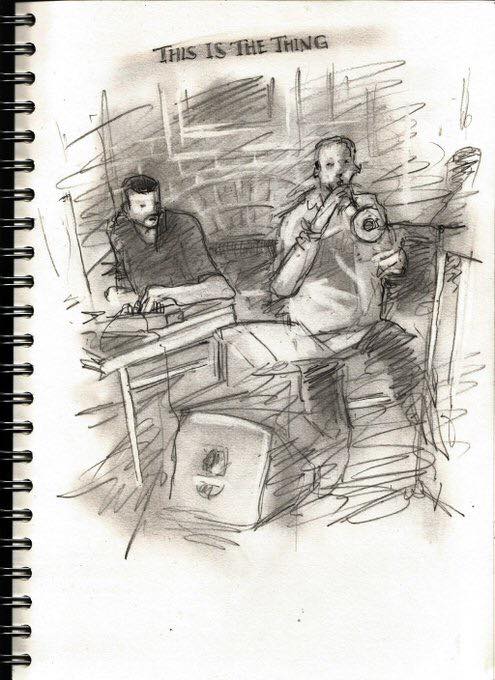