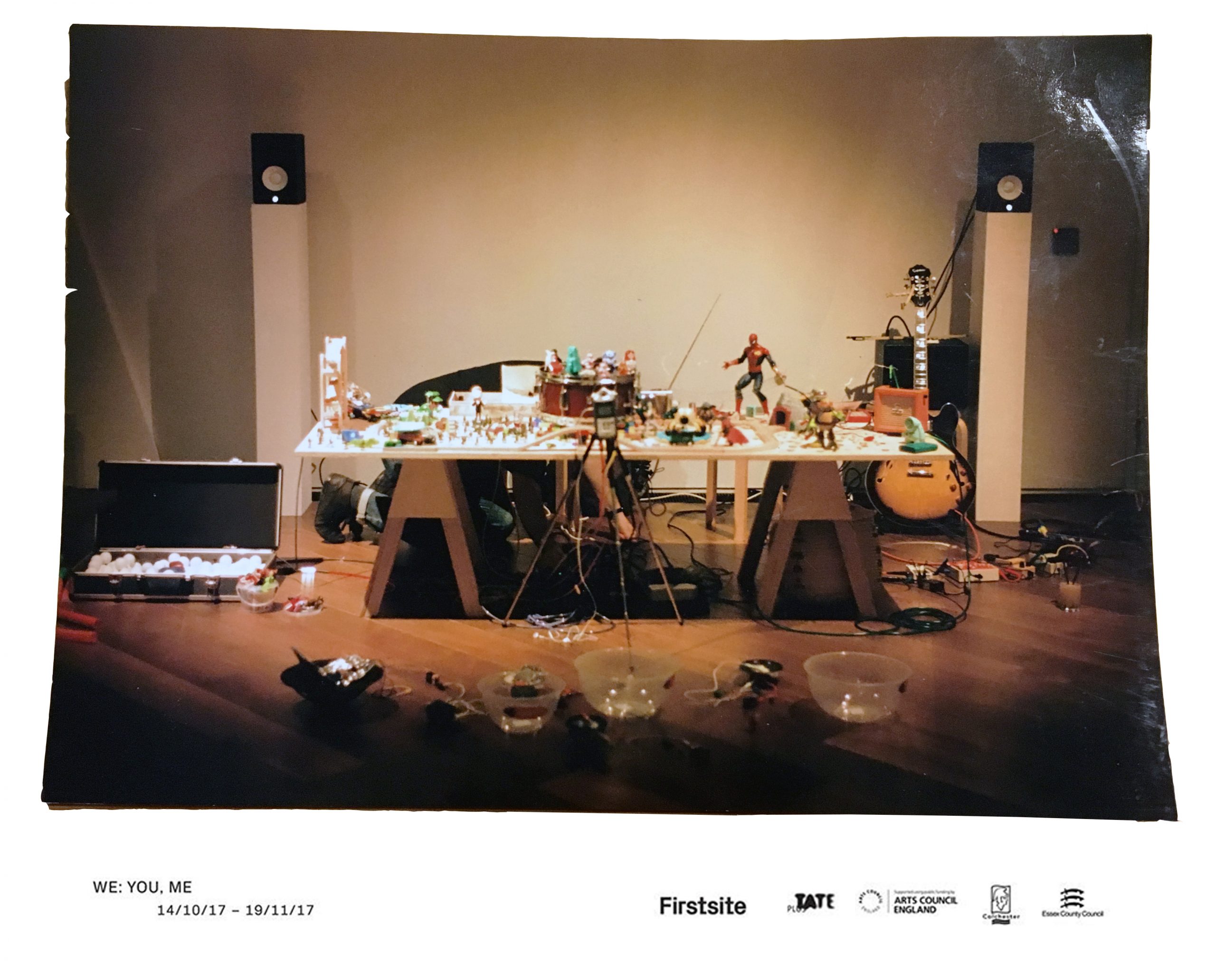 I supported my good friend Ranieri Spina with his first solo installation at the excellent Firstsite, Colchester as part of the We; You, Me exhibition that ran from 13 October to 16 November 2017.

Ranieri’s piece ‘Heroes Talk’ was a playful look at the role of the artist shown through a series of constructed and carefully composed components made entirely from toys.

Ranieri and I played the toys along with some guitar and other objects on the opening of the event; the recording of our performance was then played back throughout the rest of the run and accompanied the table of toys and objects, which was perfectly preserved from the performance.
Oliver Payne / Installations · Heroes Talk Performance @ Firstsite 13/10/17 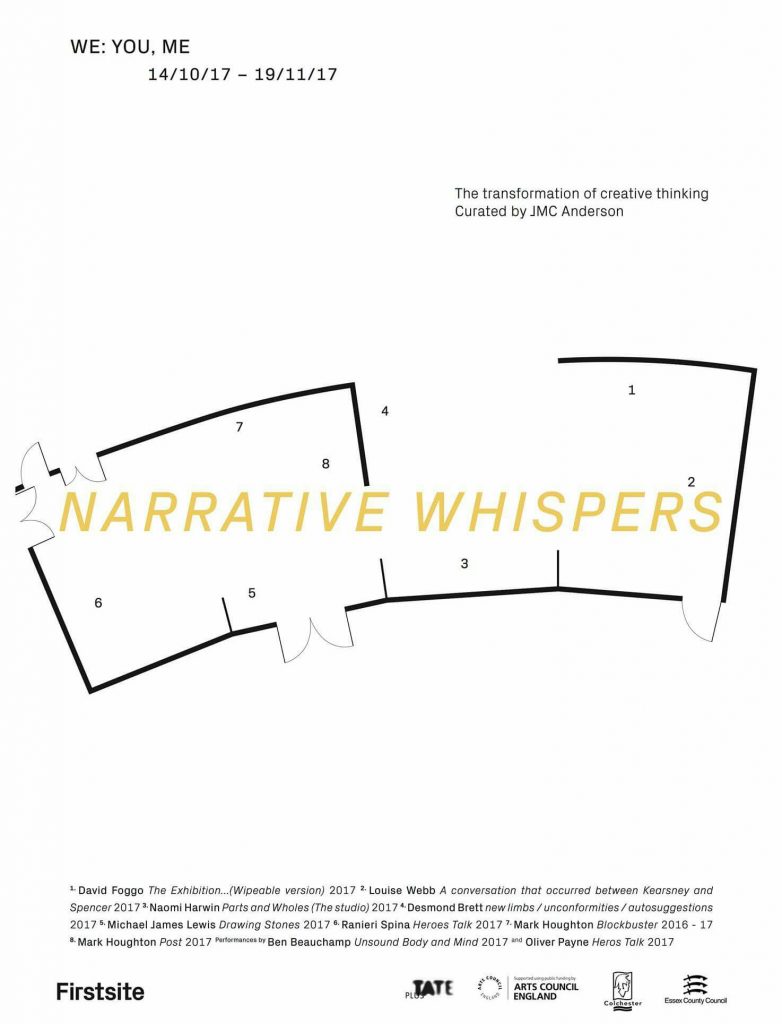 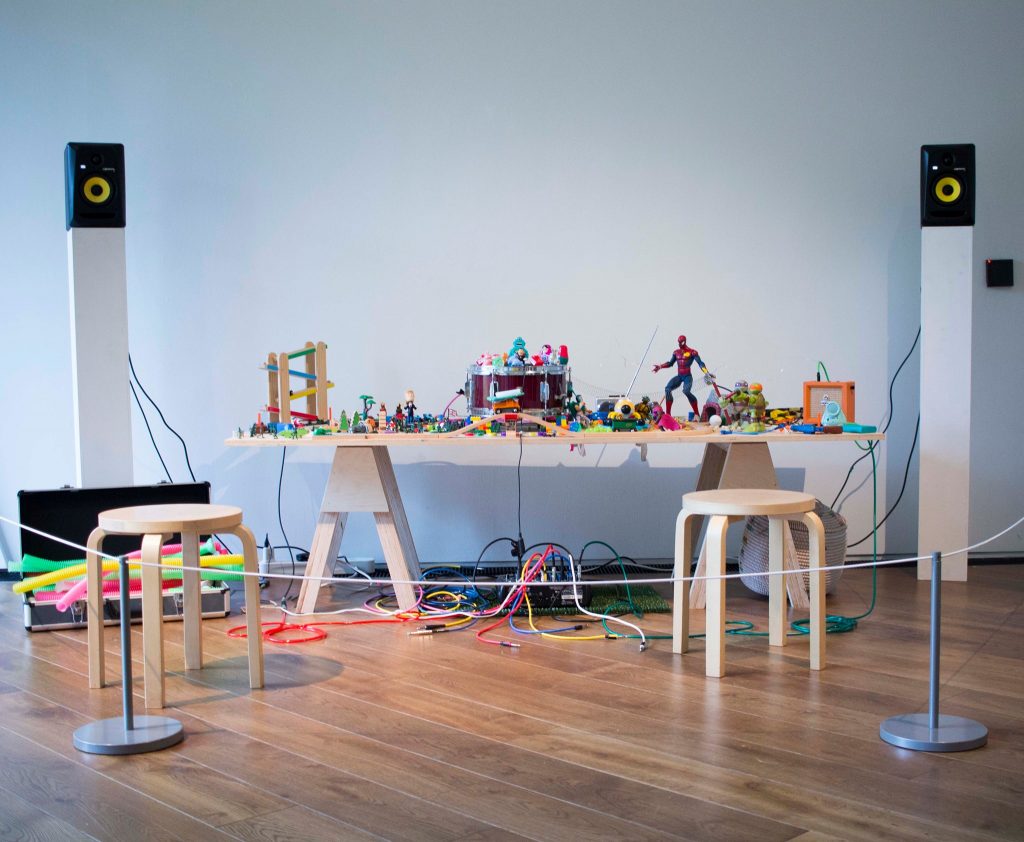 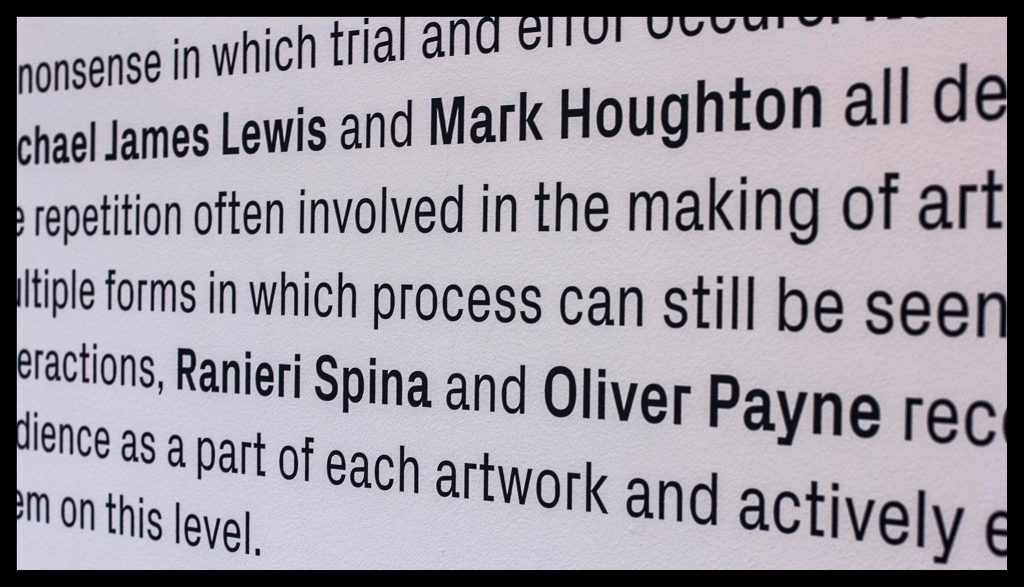